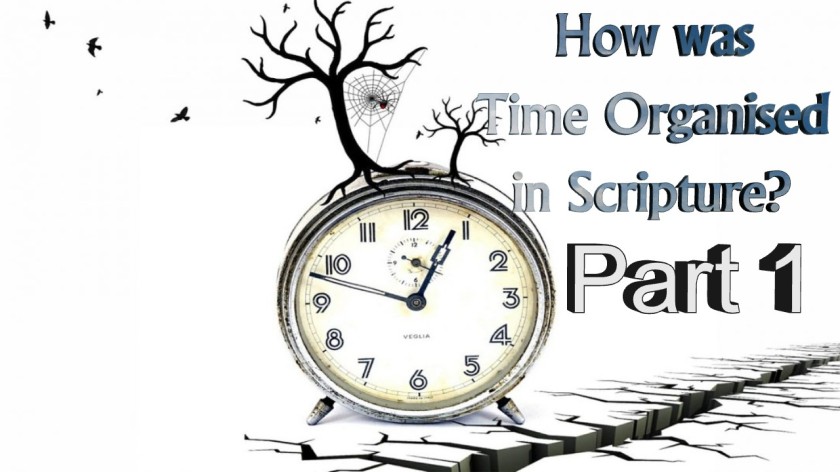 Almost seven years ago I was called by the Father. At the time I did not know that was calling me. It just seemed like another day. But things were about to take a turn.

I came home after work one evening. I was exhausted from the day I had. I worked in a school where both my children attended. I was the IT Manager at that time and things were going well.

Well after the day I had, I walked into our home and went straight to bed. The next morning I got up and got both of my children, and headed of to school for work. Upon arriving at the school, I checked my vehicle for my wallet and house keys. They were missing. I was sure I had them in the car!

So I left my children at the school and headed home to see if I had left them somewhere in the house. I searched everywhere and could not find them.

A couple of weeks earlier, I had installed a security camera at the front of our home. I decided I should check it as well. And there it was. A person walking across our lawn and right into my car. They stole my wallet and house keys. I had to get all the locks changed straight away. It was a nightmare.

I put out flyers around the neighbourhood to see of anyone recognised the person in the video. Some people came back at me with “this is a scam”. It left me feeling sick that someone would not even bother to ask the person who provided them the information of it was true or not, but instead just say it was a scam. I am still not sure what I was scamming for today?

So that brings me to the topic I wanted to discuss. You see I started attending church. I felt that God was not a part of my life and I wanted … no… needed Him to be a part.

So one evening I was at home. Frustrated. Wanting to know why these things happened. I sat in prayer and asked the Father. I told Him that I only wanted to do what He wanted, and if He would show me what it was He wanted, I would whole heartedly do it.  Well was I in for a shock. I mean a real shock.

You see I opened my eyes and right before me was a video on the screen which spoke about the Sabbath day. I had been keeping the Sabbath on Saturday as I had been taught and I had always meant to study the matter. Some people were saying that the Sabbath was Sunday, and others saying it was Saturday. I had always thought one could simply read the Bible and see that it said the seventh day was the Sabbath and that would straighten the whole matter out.

So I watched this video that was in front of me. And as I watched it a sinking feeling came over me. They were speaking of a calendar I had never heard of before. You see for me, and I imagine for most people, they learn the calendar that they grow up with, and that is simply how the day counts are managed. So for me I understood that Sunday was the first day of the week and Saturday was the seventh. I had never considered that the days in scripture were any different.

Let me explain be first taking a look at some of the different sorts of calendars that are out there.

There are three main types of calendars in use today and they have some major differences. They are:

Knowing what I understand today, I wish someone had shown this to me a long time ago.

A solar calendar should be familiar to most people as the majority of the world use it for doing business with. This calendar uses the time taken for the earth to travel one entire circle around the sun. It is known as a solar year. That time taken is 365.25 days.

This calendar however, does not have any way to tell us where a day starts and ends which is different to a lunar and a luni-solar calendar as we shall see shortly. A solar calendar requires a line which marks where one day ends and the next day begins. This ie the reason we have an international date line. The international date line is a man made solution to something which is no more than a man made problem. If you have ever studied what occurred in Samoa with the Seventh Day Adventists when they moved the date line to make it better for business, then you’ll be well aware of the issue.

When the people of Samoa went to bed on Thursday the 29th of December in 2011, they woke up the next morning to a change in the date. Friday the 30th was skipped. Instead, they awoke to Saturday the 31st of December. This divided the Seventh day adventist church in Samoa with some of the people coming to worship on Sunday (which was the old Saturday) and other coming to worship upon the new Saturday.

The ironic part is that this entire issue would not have been a problem if they just did a study on the calendar of scripture and put aside their preconceived ideas.

A lunar calendar is totally different to a solar calendar and I feel that this is something that all people should study if they want to understand how calendars work. Firstly a lunar calendar uses the time taken for the moon to circle the sun and return back to the same position where it started. We know today that this takes 354.37 days.

However the difference between a lunar calendar and a solar one starts by where the date line is. You see on a solar calendar, there is no way to tell where a day will start and end hence a man made date line is employed. But upon a lunar this is not the case. The new moon marks the start of the month.

Now this is where things get interesting. The place where the new moon is seen, and hence the place where the month starts, is not the same place as the international date line. Now you might be scratching your head at this point.

Let me show you a solar calendar, laid out as an image. Here you will see the location of the international date line at the far right of the image in red. This is where the day starts from when we use a solar calendar. It goes from the right to the left and that day stops upon the orange line.

This explains why it is possible to have one day on lunar calendar overlap two days on a solar calendar, because a day on a lunar calendar does not start at the same place as a solar calendar. It’s like taking two rulers and placing them side by side, but starting one a little before the other. They both measure the same distance, but where they measure from is different.

The last type of calendar I wanted to cover is one which combines a solar calendar and a lunar calendar together as one. It is what we call a luni-solar calendar. The reason it is called this is because it fixes the start of the days by where the new moon is sighted, and then the sun provides the Light of the day. The sun also tells us whether there are 12 months or 13 months in that year. By doing this, the lunar year keeps in alignment with the solar year and the appointed times can fall in line with the growing of the crops.

This calendar is the closest I have been able to find which matches the scriptures. It starts at the new moon and goes to the next new moon and it also has one Sabbath day going to the next Sabbath day.  We read this exact thing in Isaiah 66:23 where it says:

So is this the calendar we read about in scripture? Well almost. It bears many of the same things as we see in His word, but it also has things which are slightly different to what we see today.  These are some things I will cover in the next article which will be entitled – How was time organised in Scripture – Part 2.