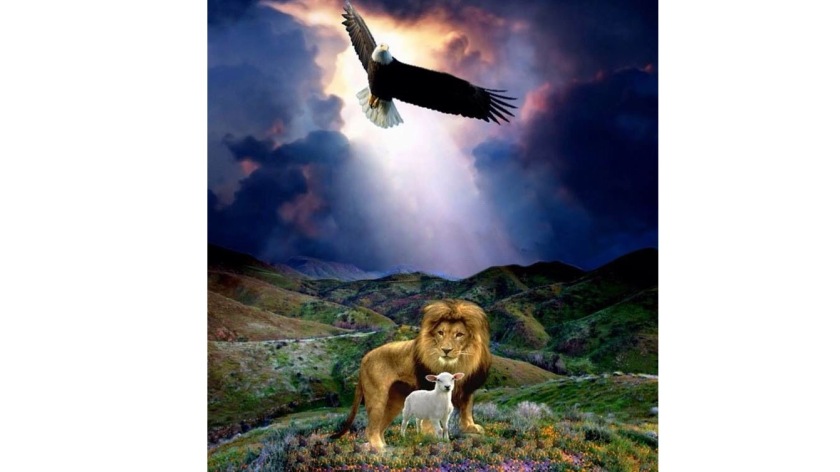 In Revelation 12:1-2 we see the following prophecy spoken:

Revelation 12:1-2
1 And a great sign appeared in heaven: a woman clothed with the sun, with the moon beneath her feet, and on her head a crown of twelve stars.
2 She was with child (the Messiah) and she cried out, being in labor and in pain to give birth.

For many this prophecy is plain and it speaks of a time approaching. It also speaks of who the people of Yahuwah are. How they see, how they walk and what is upon their mind.

But are you aware that this prophecy is also listed in Micah? When looking at the prophecy from here we learn more detail.

Micah 5:1
1“Now gather yourself in troops, O daughter of troops;
A state of siege has been placed against us.
They shall strike the ruler of Israel on the cheek with a rod (scepter).

Revelation 2:26-27
26 And he who overcomes and he who keeps My deeds until the [very] end, to him I will give authority and power over the nations;
27 and he shall shepherd and rule them with a rod of iron, as the earthen pots are broken in pieces, as I also have received authority[and power to rule them] from My Father;

Revelation 12:5
5 And she gave birth to a Son, a male Child, who is destined to rule (shepherd) all the nations with a rod of iron; and her Child was caught up to Yahuwah and to His throne.

The ones we see in Revelation 2:26-27 with the rod of iron are those who follow Yahshua. In Revelation 12:5 we see the one with a rod of iron as a Yahshua himself. The one who has the authority over all the nations. The iron rod represents the one who has power and authority in all things. So here we see Israel being gathered against and we the ones who lay siege against Israel striking it with their own authority.

Micah 5:2
2 “But as for you, Bethlehem Ephrathah,
Too little to be among the clans of Judah;
From you One shall come forth for Me [who is] to be Ruler in Israel,
His goings forth (appearances) are from long ago,
From ancient days.”

Daniel 7:9-10
9 “I kept looking
Until thrones were set up,
And the Ancient of Days (Yahuwah) took His seat;
His garment was white as snow
And the hair of His head like pure wool.
His throne was flames of fire;
Its wheels were a burning fire.
10 “A river of fire was flowing
And coming out from before Him;
A thousand thousands were attending Him,
And ten thousand times ten thousand were standing before Him;
The court was seated,
And the books were opened.

The one we are reading if here is Yah. He is the one who became the ruler of All of IsraEl. Next we see the same thing which we see spoken of in Revelation 12.

Micah 5:3
3 Therefore, He will give them up until the time
When she who is in labor has given birth to a child.
Then what is left of His kinsmen
Shall return to the children of Israel.

That is the time we are in now. The sign of the woman who is pregnant with child is in the sky right now up until the 23rd of September 2017 when the woman gives birth (Revelation 12:1-2 above).

This prophecy tells us what shall occur to His people. It tells us that what is left of His kinsmen, shall return to the children of Israel.

Micah 5:4
4 And He shall stand and shepherd and guide His flock
In the strength of the Yahuwah
In the majesty of the name of Yahuwah Elohim;
And they shall dwell [secure in undisturbed peace],
Because at that time He shall be great [extending His authority]
[Even] to the ends of the earth.

Yahshua shall guide his flock, and watch over them and protect them just as we see the woman being watched over in Revelation 12:14

Revelation 12:14
14 But the two wings of the great eagle were given to the woman, so that she could fly into the wilderness to her place, where she was nourished for a time and times and half a time (three and one-half years), away from the presence of the serpent.

This remnant is then spoken of again in Micah 5:7-8.

Micah 5:7-8
7 Then the remnant of Jacob (Israel)
Shall be among many peoples (scattered among the nations)
Like dew from Yahwah, (scattered all over)
Like showers on the grass  (not in a single spot)
Which [come suddenly and] do not wait for man
Nor delay for the sons of men.
8 The remnant of Jacob (Israel)
Shall be among the nations,
In the midst of many peoples
Like a lion among the beasts of the forest, (The beast of Revelation)
Like a young lion [suddenly appearing] among the flocks of sheep
Which, if he passes through,
Tramples down and tears into pieces [the nations in judgment],
And there is no one to rescue.

Out if the mouths of two or three witnesses a matter shall be established.