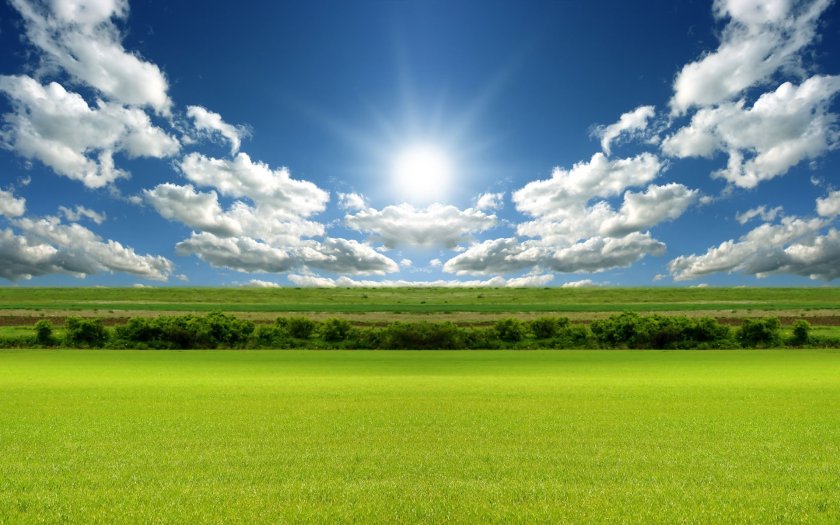 April 13, 2017 robrichmond Main Page 4 comments
This is from an article posted by CHRISTOPHER MICHAEL ADAY on Facebook.

P.s. All of this note just about was copied from a post I had made and the people that commented. I will add to this as I come across more.

Genesis 7:4
“For after SEVEN MORE DAYS I am sending rain on the earth, FORTY DAYS and forty nights, and shall wipe from the face of the earth all that stand that I created.”

Genesis 8:22
“As long as the earth remains, seedtime and harvest, and cold and heat, and winter and summer, and DAY and night shall not cease.”

Genesis 19:34
And it came to be on the NEXT DAY that the first-born said to the younger, “See, I lay with my father LAST NIGHT.”

Genesis 19:35
So they made their father drink wine THAT NIGHT as well.

The “last night”, in verse 34, was spoken of as part of the previous Day/night and “that night as well” followed that next Day.

Genesis 49:27
“Binyamin is a wolf that tears, in the MORNING he eats prey, and at night he divides the spoil.”

Exodus 10:13
And Moses stretched out his rod over the land of Mtsraym (Eygypt), and יהוה brought an east wind on the land ALL THAT DAY AND ALL THAT NIGHT. MORNING CAME and the east wind brought the locusts.

That Day followed by that Night the order as we will see.

Exodus 13:21
And יהוה went before them by DAY in a column of cloud to lead the way, and by night in a column of fire to give them light, so as to go by DAY and night.

Exodus 16:23
The He says to them, “This what יהוה says, ‘TOMORROW rest, qadash Shabath to יהוה. Bake what bakes, boil that boils all remains staying safe until MORNING.’ ”
24 Saying until MORNING which Mashah enjoined not smelling, not exist maggots.
25 Moses says, “Eat TO DAY, for TO DAY a SHABATH to יהוה, TO DAY not find it in the field.”

Exodus 18:13 And it came to be, on the next DAY, that Mashah sat to rightly rule the people. And the people stood before Masheh from MORNING UNTIL EVENING.

The next day… Was when? Morning to evening….. WHY??? Because a day is only when there is light out. Only English has tricked you by its SPELLINGS that a day is 24 hours our Creator says He separated the two times but you insist on joining them. And rather we like it or not the truth is the truth!

Exodus 32:5
And Aharon saw and built an altar before it. And Aharon called out and said, “Tomorrow is a festival to יהוה.”

Not tonight but tomorrow???

Exodus 32:6
And they rose up early the next day and offered burnt offerings and brought peace offerings. And the people sat down to eat and drink and rose up to play.

Note the “next day” followed the night before, if the “day” started at night it would be the same day not the next day! And that day was followed by that night. It doesn’t say today I slept with him and now you will the next day…. no it goes on to that night. Because the night follows the Day it doesn’t lead it.

Leviticus 6:20
“This is the offering of Aharon and his sons, which they bring near to יהוה, beginning on the day when he is anointed: one-tenth of an ĕphah of fine flour as a daily grain offering, half of it in the morning and half of it at night.”

Leviticus 7:15
‘As for the flesh of the slaughtering of his peace offering for thanksgiving, it is eaten the same day it is offered, he does not leave any of it until morning.

This goes for any peace offering .e.g. Exodus 34:25, Leviticus 3:15
How can you eat the offering the same day and not leave any of it until morning if your day starts at night? There hasn’t been any day yet. Does it say on the day when he is anointed? Or does it say on that day and the beginning of the next?

Leviticus 22:30
“It is eaten THAT SAME DAY, LEAVE NONE of it TILL MORNING. I am יהוה.
THAT SAME DAY is TILL the next MORNING!

Numbers 11:32
And the people rose all that day and all night and all the next day, and gathered the quail. Those who gathered least gathered ten homers. And they spread them out for themselves all around the camp.

Deuteronomy 16:4
“And no leaven should be seen with you in all your border for seven DAYS, neither should any of the meat which you slaughter in the evening on the first DAY stay all night until MORNING.

Again we see the Days are counted by DAYS (and not counted by nights) and also meat slaughtered in this evening on the first Day should not stay all night until morning. The first evening followed the first DAY until the next MORNING.
Deu 21:22,23 does NOT state “shall not remain until evening” but “NOT REMAIN ALL N-I-G-H-T … because after night is the next DAY

Numbers 11:32
And the people rose all that day and all night and all the next day, and gathered the quail. Those who gathered least gathered ten homers. And they spread them out for themselves all around the camp.

Joshua 7:13-14
13 “Rise up, set the people apart, and you shall say, ‘Set yourselves apart for TOMORROW, because thus said יהוה Alhym of Ysra’al, “ …
14 And you shall be brought near in the MORNING, according to your tribes.

Judges 6:27
… And it came to be, because he feared his father’s household and the men of the city too much to do it by DAY, that he did it by night.

Judges 19:9
And the man arose to go, he and his concubine and his servant. But his father-in-law, the young woman’s father, said to him, “See, the day is now drawing toward evening. Please spend the night. See, the day is coming to an end. Stay here, and let your heart be glad. And you shall rise early tomorrow for your journey, and you shall go to your tent.”

Judges 21:4
And the next day the people rose early and built there an altar and offered burnt offerings and peace offerings.

1 Samuel 5:3
And when the people of Ashdod rose early the next day, behold, Dagon had fallen face downward on the ground before the ark of the Lord. So they took Dagon and put him back in his place.
1 Samuel 11:11
And the next day Saul put the people in three companies. And they came into the midst of the camp in the morning watch and struck down the Ammonites until the heat of the day. And those who survived were scattered, so that no two of them were left together.
1 Samuel 17:16
And for forty DAYS the Philistine drew near, MORNING and EVENING, and took his stand.
1 Samuel 19:11
And Sha’ul sent messengers to Dauyḏ’s house to watch him and to put him to death in the MORNING. And Myḵal, Dauyḏ’s wife, informed him, saying, “If you do not save your life tonight, TOMORROW you are put to death.”
1 Kings 8:59
“And let these words of mine, with which I have made supplication before יהוה, be near יהוה our Alhym DAYand NIGHT, to maintain the cause of His servant and the cause of His people Yisra’ĕl, the matter of EACH DAY IN ITS DAY,”

1 Chronicles 9:33
And these were the singers, heads of the fathers’ houses of the Lauyts, in the rooms, and were exempted from other duties, for they were employed in that work DAY and NGHT.
2 Chronicles 6:20
“For Your eyes to be open toward this House DAY and NIGHT, toward the place You have said to put Your Name there, to listen to the prayer which Your servant prays toward this place.
Ecclesiastes 1:5
Sun rises, sun goes, and hastens to the place where it rose.
Isaiah 28:19
From the TIME that it goes forth it shall take you: for MORNING by MORNING shall it pass over, BY DAY and BY NIGHT: and it shall be a vexation only to understand the report.
Jeremiah 33:20
“Thus said יהוה, ‘If you could break My covenant with the day and My covenant with the night, so that there be not day and night in their TIME,
Jeremiah 33:25
“Thus says יהוה, ‘If My covenant is not with day and night, and if I have not appointed the laws of the heavens and earth,

DAY followed by night is His ORDER.

Ezekiel 7:10
Behold the DAY, behold, it is come: the MORNING is gone forth; the rod has blossomed, pride has budded.
Jonah 4:7
But Elohim prepared a worm when the MORNING rose the NEXT DAY,

Why then ONLY specify Passover/FoUB & Day of Atonements as evening starts? IF all begins in evening why mention these only as an Appointed TIME commencement at all? Redundant. Or then why not mention it in all times of Lev 23?
In fact, Matthew 4:2 states 40 Days and 40 nights whereas Luke 4:2 recounts the same story as just 40 Days with not even mentioning the nights saying also “in those DAYS He did eat nothing”! Was Luke suggesting the Messiah ate at night? NO! Day begins each Day always followed by night until the next Day (Day begins Day, what a logical concept, hey?)

John 11:9 -10
9 יהושע answered, “Are there not twelve hours in the day? If anyone walks in the day, he does not stumble, because he sees the light of this world.
10 “But if anyone walks in the night, he stumbles, because the light is not in him.”
John 9:4
“It is necessary for Me to work the works of Him who sent Me while it is DAY – night is coming, when no one is able to work.”

NOTE the ORDER … DAY then night.

Acts 4:3
And they arrested them and put them in custody until the next day, for it was already evening.
Acts 10:23
So he invited them in to be his guests. The next day he rose and went away with them, and some of the brothers from Joppa accompanied him.
Acts 20:7
[ Eutychus Raised from the Dead ] On the first day of the week, when we were gathered together to break bread, Paul talked with them, intending to depart on the next day, and he prolonged his speech until midnight.

Jeremiah 33:25
“Thus said יהוה, ‘If My covenant is not with day and night, and if I have not appointed the laws of the heavens and earth,”

I mean have you ever even looked at the meanings of these words?
Evening – H6153
Original: ערב
Transliteration: ‛ereb
Phonetic: eh’-reb
BDB Definition:
evening, night, sunset
evening, sunset
night
Morning – H1242
Original: בּקר
Transliteration: bôqer
Phonetic: bo’-ker
BDB Definition:
morning, break of day
morning
of end of night
of coming of daylight
of coming of sunrise
of beginning of day
of bright joy after night of distress (figuratively)
morrow, next day, next morning
Maybe you have not?
So we have here a sunset and then morning. So the sun goes down and then comes back up……. how many hours is that? Sun down to sun up??? You have a 24 night??? Well maybe if your on the pole but with this text there is no way in hell to get a 24 hour time period consisting of 12 hours of light and 12 hours of dark. It is just not possible with the text given.